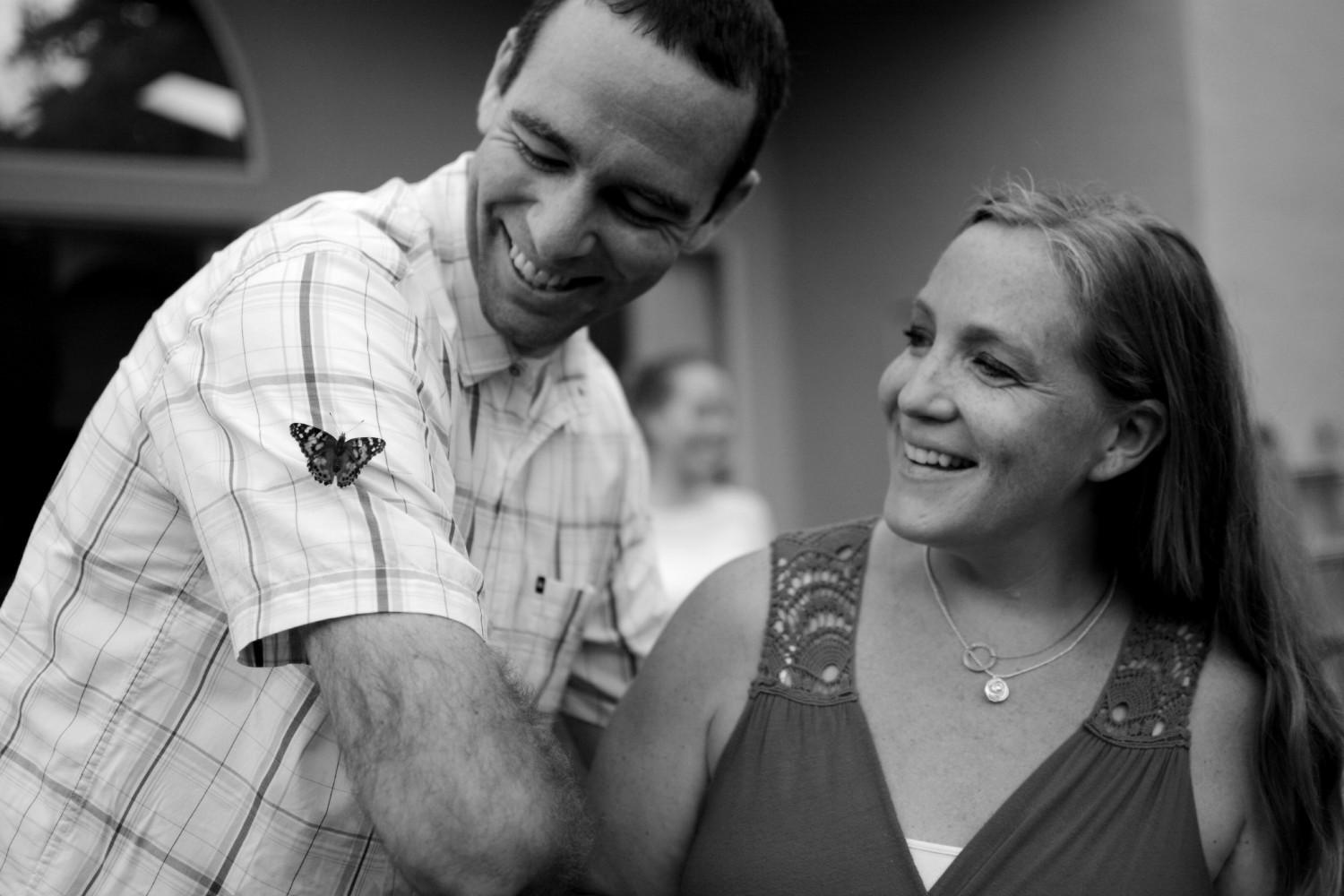 It’s hard to believe it’s been a year since Sophie graced our lives for 10 hours on September 1, 2013.   Sometimes it feels like just yesterday and other times it feels like a world away… I hate that part.  I think of Sophie EVERY single day and miss her EVERY single day and I know that that is how it will be for the rest of my life, but as time goes on the emotions of those thoughts and longings have ebbed and flowed.  However, the emotions of last weekend crept up on me.   Our focus has been much on celebrating Dasah and moving into our new home that it felt as though my grief for Sophie was in some ways put on hold.   How do you grieve the loss of your first child and the anticipation of the loss of your second? I have absolutely no idea, and so I just embrace (that sounds like too kind of a word…),  more like allow the emotions to come as they come.   But new waves of grief caught up to me last weekend as I allowed myself to spend the weekend just remembering our Sophie.   We didn’t really start thinking through how we would spend the day until a few weeks before hand because life had been so full.  True confessions… I had guilty mom complex for a while because I felt as though I wasn’t doing enough to celebrate my little girl and was so worried that the day would just come and go.  In some ways, it was a welcome emotion… an emotion that made me feel a little more like a normal mom, who even in the loss of her child experiences some of the same emotions as mommas with their children in their arms… I like that.

Everyone who has lost a child grieves differently and has unique desires for how they would spend the birthdays of the loved ones they lost.   As I share what we did for Sophie, I just want to acknowledge that reality, that those who are reading this and walking a similar journey would feel the freedom to celebrate their child as simply or as extravagantly as they desire.  Our prayer was that God would lead us to celebrate her in ways that would truly be meaningful to us and our family and not just doing things because we feel like we “should”.

So, all we knew for Sophie’s birthday is that we wanted to have time for just the two of us and time with people who have been a close part of this journey.  (The people part I wasn’t so sure about, but knew that the day would be emotionally hard and typically being around our friends who know us well alleviates some of the intensity of emotions and enables us to celebrate a little more!)

So here is the unfolding of Sophie’s birthday…

First off we began to receive countless texts and messages from people thinking of us and Sophie and that was the most precious gift!  A friend of ours had put together a virtual Prayer Shower evite asking people to simply shower us in prayer and encouragement that day knowing it would be a hard day.  We weren’t able to respond to everyone but please know that if you were a part of that we are so incredibly thankful! I had nothing I really wanted to write about that day but I was so thankful when my mom and brother wrote blogs that day that were both incredibly meaningful to us that we would love for you to read!

My brother, Luke’s blog:  When Love Is Withheld From Us: In Honor of My Late Niece, Sophie

Our morning began with some delicious Trader Joe almond croissants, sparkling juice, watching Sophie videos with a much needed box of tissues at hand!

This was a hard one, Kevin and I don’t often visit her gravesite, but for some reason in the midst of all the emotions being at her gravesite brings it also strangely reminds me of hope.  You drive into a cemetery, full of stories of lives lost and it reminds me the most vividly that this is not the end.  That in the greatest place that shouts out the finality of death, there is a louder shout of what it truly means that Jesus conquered death.  That death is not the end.  Though tears poured as we sat at her gravesite, each reading her notes we had written her for her birthday we left with our spirits a little lighter, a little greater hope, a little more perspective.   Yet, even in the midst of the hope of heaven, her birthday was still a day of just missing my little girl so deeply I can’t even put it into words.   I was thankful as we left the cemetery that we were inviting friends over for a little  picnic celebrating Sophie’s life.   I told several friends that had we not had that to look forward to I think I would have emotionally pulled an Anne of Green Gables and fallen into the “depths of despair”, which would’ve been ok but in the midst of the tears I wanted to be able to truly remember the celebration of Sophie’s life, the people that surrounded us, cared for us and not just sink into the abyss of sadness.   We headed home and prepared for our little celebration, putting the finishing touches on things we had made to decorate for the day which had been so fun to make thinking of Sophie…

We had wanted to give everyone who came a photo of a piece of Sophie’s story that meant so much to us that they were a part of, and a photo of Sophie’s feet with the quote “There is no foot too small that it can’t leave an imprint on the world”. It was so sweet to print off these photos and think of the countless ways God used the body of Christ to help us love and celebrate our little girl.  Though there are SOOO many others who were a part of this story and we would have loved to invite everyone,  we knew that a large party would probably be harder for us emotionally. So, please know that for EVERYONE who was a part of Sophie’s life, celebrations, praying for us… we are so grateful for you!

Every month on the 1st we’ve been releasing the number of balloons of how old Sophie would be, writing notes on them and taking a moment to just celebrate her.   Beginning on her 1 year birthday we decided we would start over with 1 balloon for 1 year and move to releasing balloons yearly.    So of course, we wanted a giant balloon for her first birthday.  We knew we’d be writing on them so we got two just in case one popped… I know, so smart.   We had also asked our friends who came to the picnic and friends on Facebook to send us a “gift” for Sophie.  Since we’re unable to give her physical gifts, which saddens our hearts deeply, we wanted to hear from others of the gifts that Sophie has given them through her life.  So every comment, message, note sent, was printed off and attached to the balloon that we released.  Thankful it was so large, because we needed a lot of helium to get all those notes up!  If you sent a note in, thank you! We have read almost every one (are still working through them) and they mean the world to us to hear how Sophie’s life has blessed so many!

We skyped family in, several of who were also releasing balloons with us at the same time, prayed and sent our sweet balloon into the sky (I like to think I may get to heaven and Sophie will have a collection of all the balloons we’ve released for… perhaps that just makes me feel a little better about littering in the sky 🙂 )

We also had a surprise for everyone and after we released Sophie’s balloon we had ordered 12 butterflies to release for 12 months.  Butterflies have been a sweet reminder to us of how God takes the broken and seemingly “ugly” things of the world and creates unimaginable beauty.  So we think of Sophie every time we see a butterfly and are reminded of the beauty God continues to create out of great brokenness.  A friend of ours wrote the sweetest note to Sophie about butterflies that continues to be meaningful to us… you can find that here: Sophie’s Butterfly Week

We had one last little surprise for everyone… this was the very first idea I had several months ago when we first started thinking of how we could bring some lightness and joy to such a heavy day.   Among the many things that are sad about not having Sophie here to celebrate her 1st birthday one of the hardest things for me has been that I don’t get to see her eat her first cake… perhaps that’s strange but that’s just my reality.  So, we thought “What if, we have everyone else eat a cake the way they think Sophie would have eaten it???”.   So, thats what we did… and people had some really great impressions… Perhaps my favorite was Lisa, simply putting the entire cupcake in her mouth at once. (Kevin’s was pretty good too).. joy to our hearts!  It’s the little things.  I, of course didn’t participate because as the mom I simply wanted the pleasure of watching everyone else devour their cakes, just as I would watch Sophie if she were here.

We finished the night breaking into the cake I had made for Sophie… a replica of the first one I had made for her when we had announced her name.  A black raspberry chip graters ice cream cake… and it’s every bit as delicious as it sounds!   We watched a short “Celebrating Sophie” video together, shared some tears throughout the evening and called it a night.

In the midst of the joy you see on our faces, the truth about the day was that though there was joy, it was still a bittersweet day.  Even as people came over it was hard for me to engage in conversation, to know even what to say, the reality of what we were celebrating that day simply all too real.   But, I’m thankful.  I’m thankful for people to cry and laugh with.  I’m thankful we were able to spend the day simply being present in the emotions that came and went.  And I’m thankful that people were just present with us.   Those few hours celebrating Sophie in community truly did bring lightness and lifted our hearts and we are so thankful for those who continue to step into our lives and story.   And the entire day was a sweet reminder of God’s faithful hand on our lives, how He provided for us every step of the way in our journey with Sophie.   These reminders are especially sweet to us as we walk this journey with Dasah and cling to God’s faithfulness that just as He walked us through Sophie’s life, birth and death, so He will continue to walk us through whatever unfolds with Dasah’s story.

Our dog, Toby enjoyed the celebration and probably a little extra food in the process… 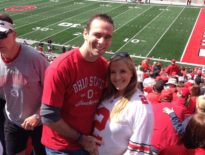 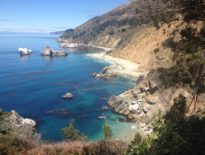 Dasah All Over the Place…