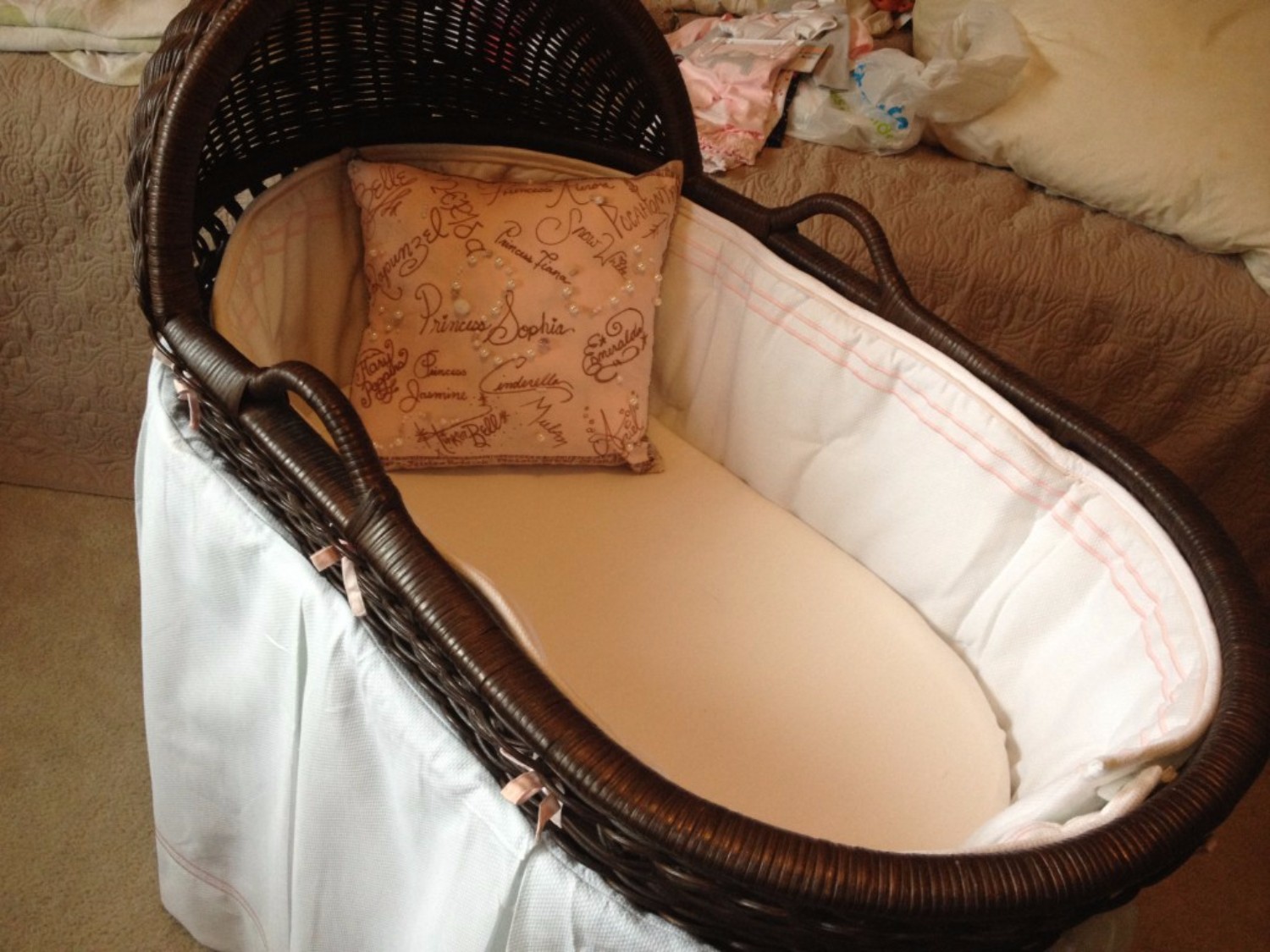 Do you find yourself hesitating to pray things that seem so impossible, that are so close to your heart that if you dare to believe that God will answer Yes to them you fear the devastation of what if His response is no? So instead, you settle for smaller prayers, ones that seem somehow slightly more manageable if the answer is no? I have seen the Lord answer many prayers of mine over the years with resounding “Yes’s” and I’ve seen Him answer far differently then I’ve hoped. But, there has yet to be any large prayer of belief that I’ve had that has been met with such tension in my heart of how I will respond to the answer of “no” as there has been in praying for healing for Sophie. That prayer alone has surfaced in me great questions I have about God’s character, how He hears, how He responds than any other prayer. The answer to that prayer carries such weight for me, for us. Kevin and I have said over and over the object of our faith is not a miracle but the One who does miracles. Yet, we earnestly pray for God to perform a miraculous healing on Sophie’s brain and skull such as we have never heard of happening before. That prayer has surfaced honest conversations with the Lord and with each other of our fears. We wrestle with the “what if’s”, and we desperately want to know God more deeply in this season. And as we continue to wrestle with and bring before the Lord these fears and uncertainties He continues to draw us into deeper intimacy with Him as we let Him speak into our questions, in His timing, in His way. This is a little glimpse into the journey the Lord has taken me on over the past few months in deepening my faith in Him.

The day after we found out about Sophie’s condition I sent an email to my friends that you can find here , it originally did not include asking the Lord to heal Sophie and one of my close friends, Jess, emailed me later that day the following:

“Linds. I love you so much and I hope it’s okay, but I’m praying for complete healing for her. It feels an impossible prayer, yet I want to believe for you and with you that He is able to do that just as much as He provides for all of these things you’ve shared below. I’m with you in this. I’m so sad about this road and the grief you’re experiencing. I know He sees all. He gets it better than any of us and I hope I’m not overstepping in that hope, that prayer.”

Just a couple days after we had found out Sophie’s condition, it was all I could do to begin to pray that God would grant us days with Sophie instead of just minutes, that seemed like a huge prayer of faith to me. So I responded to my friend Jess with the following:

“Yes of course pray for that. thank you for your  words of hope and sweet encouragement and prayers. I don’t have the  courage to ask people to pray for that kind of miracle yet, i want  people to be praying for that, i believe he can do it but right now my  greatest request of faith is to ask that he would give us several days  with her, i don’t have the faith right now to ask for complete  healing… so i want to lean on your faith for that and trust that in  time the Lord would help me to pray and believe him for that as well.”

I’m so grateful to my friends who have allowed us to wrestle and be in process on this faith journey and have stood by us and continued to speak truth into our lives, which sometimes is difficult to believe. I wanted to include this for those who perhaps are in the midst of their own wrestling with faith and how God responds. Sometimes we think, or people think we need to just muster up this grand faith right away and discount all of the emotions running through us… but as I’ve been on this journey I firmly believe that God, in His tenderness wants to meet us in the dark places of faith, wants to build our faith there as we press into Him with our fears and questions. Hebrews 11 recounts stories of men and women of faith, and I’m reminded that the majority of those men and women had faith that was built over time through deep encounters with God. In Matthew 17:20, Jesus says to His disciples “For truly, I say to you, if you have faith like a grain of mustard seed, you will say to this mountain, ‘Move from here to there’, and it will move, and nothing will be impossible for you.” Do you know that a mustard seed is incredibly tiny but when planted produces a plant that literally takes over things? My faith feels like mustard seed faith more often than not and I’ve come to realize that that is enough. It’s small steps of faith, taken over and over again that inevitably grow larger and larger without you even realizing what has happened.

So this is where I was at in early April and somewhere in those early weeks of finding out Sophie’s condition, I had a very vivid dream that has stuck with me. Now, I don’t take a lot of stock in dreams b/c well, I think they can often be quite subjective and my dreams tend to be insanely weird more often than not. But in this particular dream I was somewhere telling Sophie’s story to a large amount of people in some kind of media venue and someone pulled me to a more private room to tell me that someone had brought something for me. As they pulled back the curtain, several people came in pushing a bassinet. I immediately started weeping and they proceeded to tell me that they were believing God for me to be able to bring Sophie home and put her in this bassinet. I remember waking up crying, not having made a decision whether or not to take the bassinet and surfacing the depth of my desire for Sophie’s healing. For months that dream was in the back of my head, wondering with the Lord if He wanted us to get a bassinet. As I began to pray more consistently for Sophie’s healing, I couldn’t shake this question of “should we get a bassinet?”. I wasn’t sure that that was a step of faith I could take but started to sense that for myself as a visual of what I was truly trusting the Lord for, perhaps we should get a bassinet. Two weeks ago I finally had the courage to bring it up with Kevin and suggest it, even saying it aloud was difficult, yet together we decided that would be a good step of faith for us to take together. We know the Lord doesn’t need us to prove our faith to Him, but we wanted to get it as a demonstration of our faith and belief that we really are trusting the Lord to bring Sophie home and for her to healed. As we began looking at bassinets, of course the ones we liked the most were the more expensive ones… restoration hardware and pottery barn. Though willing to invest in one from those places we also wanted to be wise in where we spent our money. Praying that God would lead us to one and wanting to make a decision sooner rather than later, I sensed the Lord prompting me to look on Craigslist last Sunday morning. I searched pottery barn (which I love occasionally searching anyways 🙂 ) and someone had posted 4 days earlier one of the exact bassinets we had been looking at from pottery barn in perfect condition and at half the price! It was still available and Kevin went to pick it up on Monday, though I have to be honest that morning I was second guessing whether this was a good idea. Yet, the steps of faith we take are often filled with wonderings and uncertainties… but the key is, we still take them. As Kevin spoke with Lou Anne, who had the bassinet, he found out she loved Jesus and felt prompted to share our story with her and why we were getting it. She was moved by our story and decided to give us back nearly half of the cost of the bassinet, which we were overwhelmed by! Later that day I got a text from her that she felt led by the Lord to give us back the rest of the money as a gift to Sophie! Tears started streaming at that point. It was as if the Lord was orchestrating these details and giving us the bassinet! Kevin and I sat in awe of God’s provision and gift to us, not knowing what that really means in light of Sophie’s healing, but knowing that He is leading us to lean into Him, to trust Him, to take steps of faith to what He is calling us to and to believe that however Sophie’s story continues to unfold He will prepare and lead us for what’s ahead. As we put it together, we cried and prayed over that sweet bassinet, that the Lord would help us continue to trust Him and that He would supernaturally bring healing to our little girl this side of Heaven. So, our simple bassinet is a picture and reminder to us of our faith and hope in God to do more than we could ask or imagine.

Would you continue to pray boldly and confidently with us that God would form a brain and skull where one currently does not exist in Sophie’s head and we would be able to bring her home fully healed! We know He is able.

Sophie and Mommy putting together her bassinet!

ready now for a spot!

love that sophie’s princess pillow (signed by all the Disney princess’) matched perfectly! 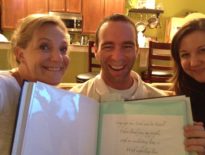 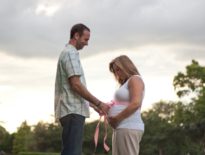 Sophie Why We Chose to Carry Sophie