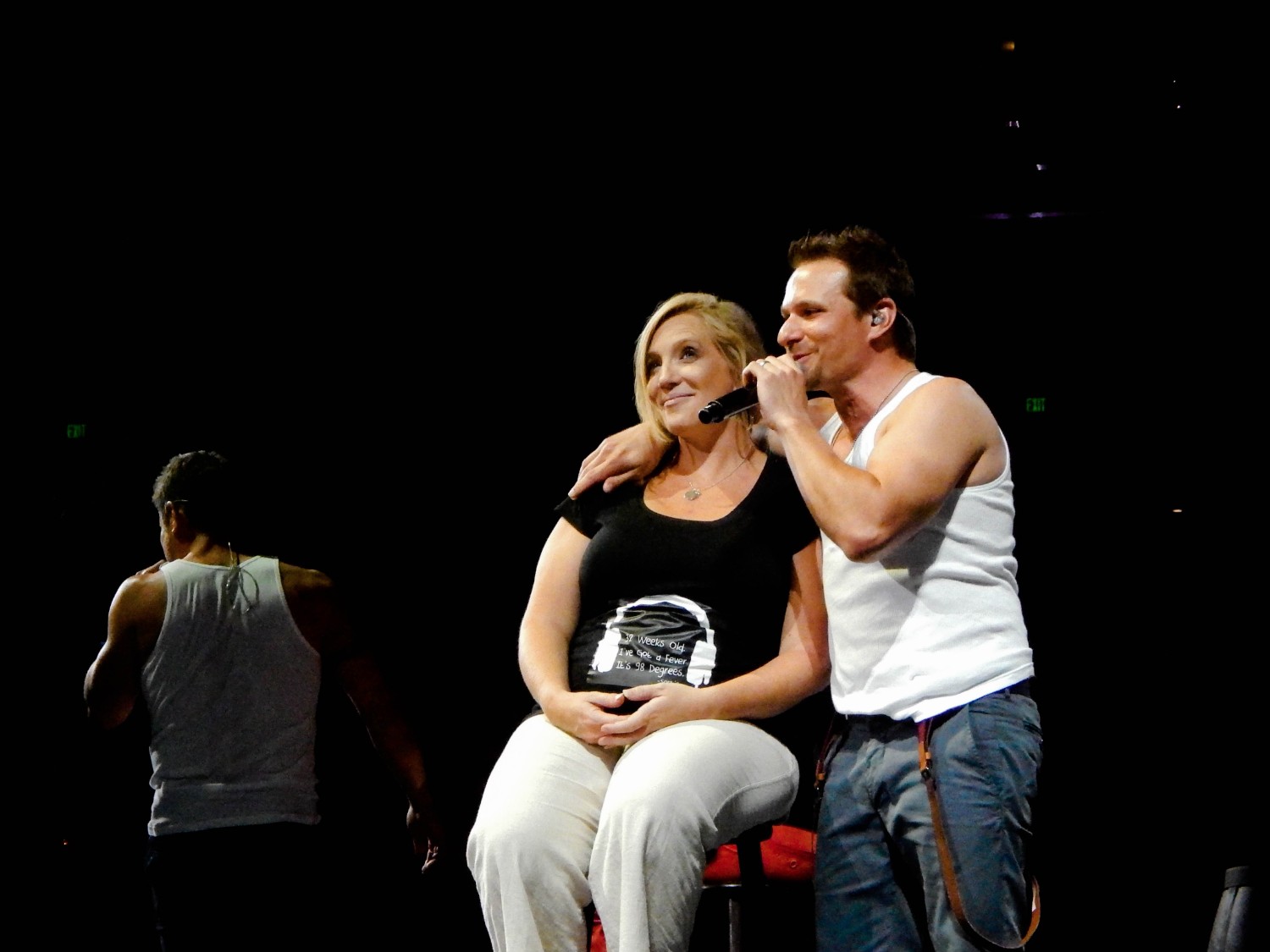 Sophie’s 32nd week celebration started off on Thursday when our Pastor and his wife took us out to eat and read some of their favorite children’s books with us.   I’m not sure how this happened, but we didn’t get ANY pictures with them but it was such a rich evening.   They took us to Barnes N Nobles where all 4 of us sat in the middle of the children’s section around a cute children’s table and Renaut and Brooke pulled out some of their favorite children’s books.  Most of which we had never read before.   They took turns reading to Kevin, Sophie and I and we laughed at some of the funny ones and cried through the ones that spoke such profound words of love and hope in child’s language.  I wonder what people were thinking as they were peering into this story time session? 🙂    They gave Sophie 2 of their favorites, one a tear jerker, the other mostly funny and we have so enjoyed reading these stories to Sophie over the past couple of weeks.

Here were some of our favorites:

How Do I Love You? by Marion Dane Bauer (can you guess that’s the tear jerker 🙂 )

Adventures of Frog and Toad by Arnold Lobel.

Another one that they didn’t have at the store but Kevin and I are planning on getting is My Many Colored Days by Dr. Seuss (I think that book was more profound and rich for Kevin and I than Sophie!)

As we headed to dinner, it was a rich time of catching up and enjoying rich conversation about the ways the Lord has been using Sophie’s story in our lives and those around us.   Renaut and Brooke had the privilege of walking alongside another couple at our church that we have gotten to know whose son had the same diagnosis as our daughter (though a different condition) and got to meet him when he was born in February and lived for 90 precious minutes.  You can read their son, River’s story here:  River’s Story. As we talked they asked us questions that enabled us to reflect on the Lord, on God’s goodness, and be real with our pain and sadness and spoke such truth into our lives throughout our evening.   Maybe sometime I’ll write some of our responses to the questions they asked but for now, I’ll let you into those questions that have been sweet for Kevin and I to process:

What have been some of your most powerful, wonderful moments since finding out you were pregnant?

What are some of your greatest fears as you look ahead?

What have been some of your darkest moments since finding out about Sophie’s condition?

What ways have you been changed through this?

And though this wasn’t quite a question, Renaut posed the thought “If Sophie didn’t have this condition, what would be erased from her story and her impact on the world?”  That was powerful to think of all the things that God has done in and through her life and ours that we would have to erase if Sophie never had this condition. While it doesn’t change our sadness, it does increase our joy and hope in realizing more fully that the story God is writing for our daughter… HIS daughter is far more powerful than any we could have written for her.  We are so incredibly thankful for Brooke and Renaut to have taken the time out of their full lives to celebrate Sophie’s 32nd birthday with us in such a rich and memorable way and continuing to point us back to our foundation, Jesus.

How do I transition to our following evening which was quite different, but just as memorable!  Here we go!

Now I have to admit that I love boy bands and ever since I heard of this new tour that New Kids on the Block, 98 Degrees and Boyz II Men were doing I thought it would be so fun to go to!   That thought was out of my head until my brother Dan, who works in the music industry, came to visit earlier this past month for a weekend.  Here’s the conversation that started this epic adventure…

Dan: “Guess who I got to hang out with last week?”

Me: “No way… you know they’re coming to Orlando soon??”

Dan: “Really, I know someone who does their social media maybe I could get you tickets…”

Me: “That would be amazing… you could be a part of sending Sophie to her first boy band concert!! :)”

And then we talked about what a fun memory that would be for Sophie and us.   A couple weeks later we found out that Dan had been in contact with his friend, Jade (who is the coolest!), told her our story and proceeded to tell us we had tickets and a meet and greet with the band a couple days before the concert.   Of course, we had to be dressed appropriately for Sophie’s first boy band concert so we brainstormed our outfits, with the help of some friends, put them together, Sophie wrote a note to the band and we headed downtown that Friday evening for a crazy fun night ahead!  There is a video from that night but we’ll be posting it later so here’s just a few pics from the evening for those who’ve been waiting to see and hear more of the story!

Jade came out to get us once we were there and led us to the room where everyone with meet and greet passes were waiting for 98 degrees!  They were such kind and down to earth guys and we had so much fun meeting them!

We headed to the concert and discovered what amazing seats we had on the floor! Dan had told me there could be a possibility that they’d pick me to be one of the girls sung to but by the time 98 degrees came on I just thought that wasn’t going to happen but then halfway through their concert, Jade came to get me and said “come with me” I immediately thought “uh oh… it’s happening!”.  She brought me to sit right by the stage and a stage guy came over and told me “Just breath, nick lachey is pretty dreamy isn’t he?”  To which I responded “Oh, I’m okay and my husband is much dreamier :)”  Justin from the band came and got me and walked me up to the stage along with 3 other girls… I have to admit it was pretty fun having Sophie and I being serenaded by each of the guys! (They sang “My Everything”).   Jade sent me an email later saying that the band was really touched by our story and we’re blessed to be a part of Sophie’s celebration!  How sweet to think that Sophie’s life had even a small impact on this band!

We’ll post video as soon as we finish putting it together but hopefully this gives you a taste of the sweet night that we got to experience at Sophie’s first Boy Band concert!! 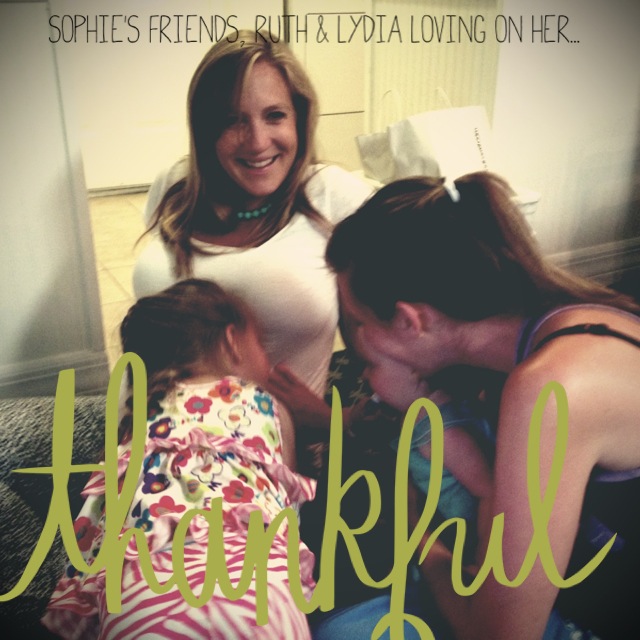 Sophie “Let Jesus Be Brave For You” 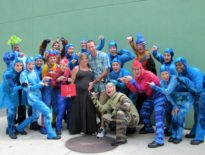