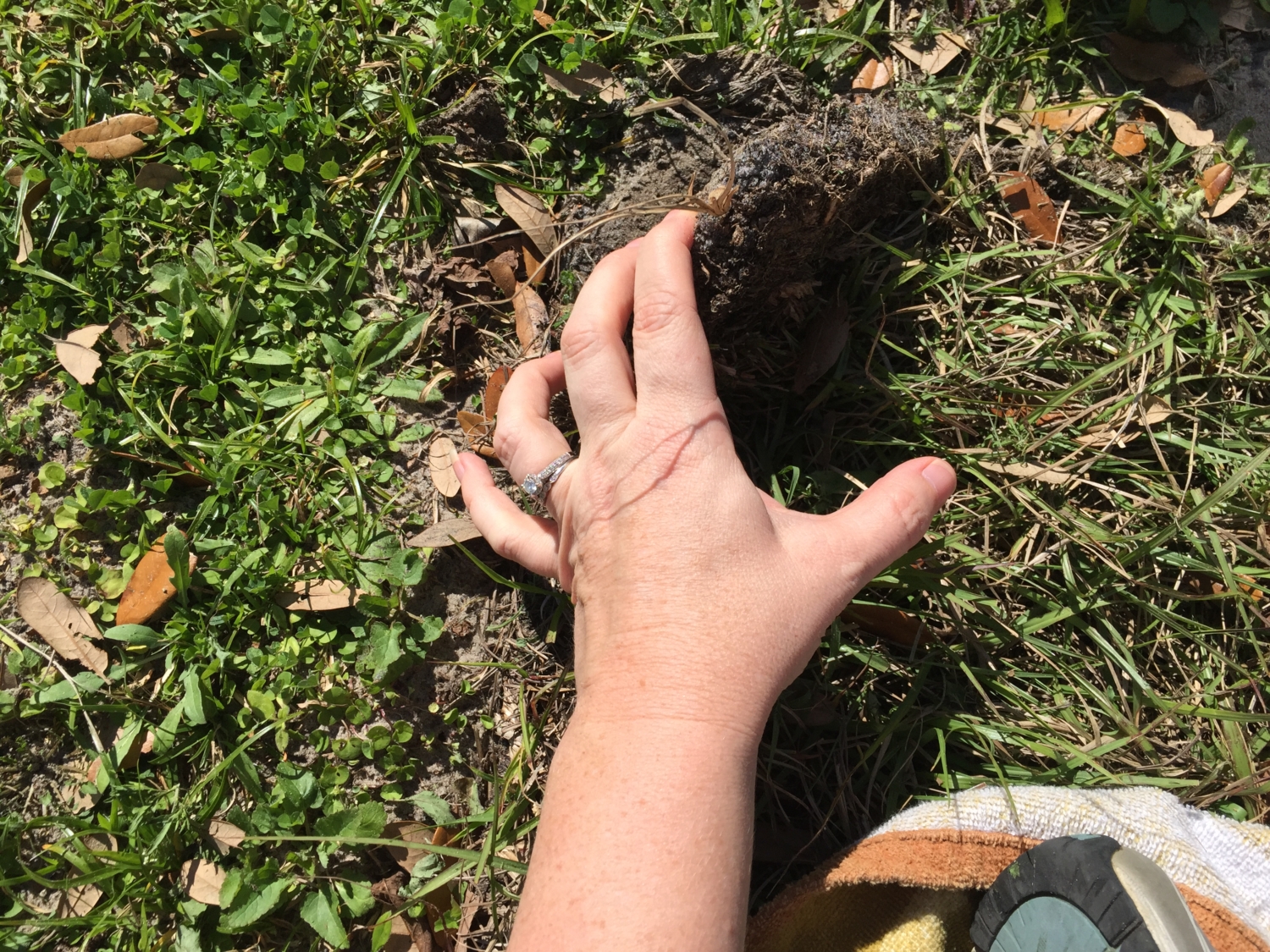 It was what would’ve been Dasah’s two-month birthday but instead of taking cute photos of her I was standing at her gravesite for the first time since we buried her.   It was a beautiful day and somehow as I was driving that day I found myself turning at the road that goes into the cemetery instead of just driving by as I usually do. Whenever anyone says they’ve just “found themselves” somewhere I’ve always thought they must be a little crazy… who just “finds themselves” somewhere? Well, that day I became that crazy person.  I think of turning every time I’ve driven by and just can never seem to muster up the energy to face whatever emotions the grave would stir. That day I chose not to think and just turn. So there I was, tears streaming down my face as I stood before the gravesites of not one, but both of my daughters. I didn’t know what to do or say. Do I talk to them? Do I just cry? How long do I stay? I never really know. How do you wrap your mind around such a loss? I’m still figuring that out though I’m pretty sure I never will. It was the start of the New Year and for some reason the fact that Dasah was born right before Thanksgiving had slightly warped my view of how much time had passed and made me think it had been much longer then it really had been. I found myself as the New Year began wrestling with all of the emotions still stirring within me like relentless waves of grief on the seashore that just when you think the tide has gone far out seems to come back in with a vengeance.   Tormented by that awful word “should”, or as someone used to call it “the should bug”. And I’d been bit by it.

“I ‘should’ be more functional”

“I ‘should’ be able to re-engage with people better”

“I ‘should’ be able to initiate with others”

“I ‘should’ be able to open the Bible and concentrate”

I was living in a sea of “should’s” that was overwhelming me and causing me to put pressure on myself to be at a place that I just wasn’t and I didn’t know where or when the pressure would be released. As I had driven up to their gravesite I was taken a back by the fact that there was still fresh dirt atop Dasah’s gravesite, with a few small blades of grass peaking through (or were they weeds? I’m not sure, grass sounds better).  I didn’t think much of it until I got in the car and took a final glance back. It was then that the still small voice of the Lord entered into my world of “should’s” and gently said “It’s okay, the dirt is still fresh and so is your grief”. The relief that washed over me in that moment was as if the skies opened and rain poured down.   And I began to embrace the reality of where I was at and ever so slowly release myself from the “shoulds’ of where I thought I “should” be at (which as an aside is a daily battle… those bugs don’t leave quickly). I began to think of looking forward to watching the grass grow, ever so slowly, as I watched new life begin to sprout in my own heart.   “Don’t rush the grass”, my counselor said, as I retold to her the story. Oh how quick we are in our western culture to want the dirt gone and the grass grown as quickly as possible.   And so it is with grief, we don’t want to do the hard work of entering into the grief process, of letting it be uncomfortable and messy for an unpredictable amount of time (Grief never lets you know when it will start to loosen its grip). We just want the end result, the beauty, the redemption, the truths tied up with pretty bows, “here’s what I’ve learned” and on we go. Well, at least that’s what I would like sooner rather then later. But grief isn’t like that. Norman Wright wrote in his book Experiencing Grief (a must read for those experiencing loss):

“Grief is slow, and you need it to be like this even though you’ll probably want to rush it along. It will take longer than you have patience for. Time seems to stand still especially at night. Don’t let others rush you through this process. They’re not experts, and you’ll discover others will be uncomfortable with your grief. Let your grief do its healing work at its own slow pace. You need its slowness. Grief can not be put on the fast track.” – Norman Wright, Experiencing Grief

A week or two later, I simply drove by their gravesite again, the dirt still fresh and so my heart still feeling mostly a sea of brokenness like the ground broken before me. I liked how her site matched my heart. It felt like a visible reminder of the permission God was giving me to grieve and mourn my daughters still.  This week I went again and it had happened, just as I thought it might, sod had been put down (not very well I might add).   I had half a mind to take that wretched piece of sod off her gravesite in protest… “Let the grass grow, as slow as it wants to. Don’t rush my grief”.   But I didn’t. I wasn’t sure if that would count as defacing public property and land me before a judge explaining myself. (Though I imagine the judge may be quite sympathetic to my reasoning and perhaps even slightly amused).

As I sat there and peeled back the sod, just sitting a top the dirt with no roots attaching itself to the ground, I was reminded that if I try to speed up this grief process or ignore it all together then I am just like the sod. Having the appearance of new life planted but no roots to keep me there. So many of us respond to grief that way. One month, two months, everyone else seems to move on and so it feels as though you must too.   We are a microwave culture. If its not instant or can’t be, we don’t know what to do with ourselves.

“When you experience the thoughts and feelings of grief it moves you into unknown territory, but you need to walk through some wilderness.  And grief does have another side. Is it an easy journey? No. Is it a painless journey? No. Is it a controlled journey? No. Is the journey worth it? Yes. It will change you as a person and your perspective on life.” – Norman Wright, Experiencing Grief

And so I’m learning, with the help of my counselor, husband and trusted friends to not rush this journey as much as I want to. To not live in the sea of “should’s” and simply allow God to meet me where I’m at and surface the questions, the fears, the longings, the groaning that must reach the surface before true healing can begin. Tullian Tchividjan said in a sermon I recently listened to “Pain is meant by God to be grieved.  Grief is an acknowledgement that things are not what they ought to be.  When we grieve we are demonstrating trust that the best is yet to come.  The groan is worship.” In this I’m holding onto the hope that “Weeping may remain for a night but rejoicing comes in the morning” (Psalm 30:5) But I’m not going to rush the morning.

How about you? Are you in a season of grief that you’re covering with freshly cut sod that has no roots instead of pressing into the messiness of the dirt? Do you know a friend who is grieving the loss of someone they love? How can you encourage them to simply press into where they are and not rush them along?

“I tell you the truth, you will weep and mourn while the world rejoices. You will grieve, but your grief will turn to joy.” – John 16:20

Grief is my companion now, often unwelcome but always there and someday it will be turned to joy. I guess I’ll let God choose when that someday is and let Him do the work in my life that needs to happen in the grief.

To my grieving friends, will you join me and let Him choose the someday and step into what He has for you in the process?

Teaching Them to Hope, Birthday After Birthday.
February 15, 2015

Pregnancy After Loss, When “Normal” Isn’t Your Normal
February 15, 2015 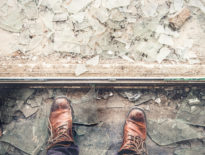 The Grieving Heart Bring Your Broken 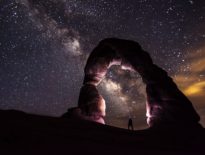 Suffering The Darkness Is Not Dark