A Fairytale of Her Own: Princess Sophie’s Magical Day!

A friend of ours from church, Emily had told us to set aside Thursday afternoon (Sophie’s 24 week birthday) for “something”.  Now, we had our suspicions as Emily happens to be closely connected with the Princess’ at Walt Disney World but had no idea what she had in mind.    She told us to meet her at Magic Kingdom’s Guest Relations and wear something that would go with a white t shirt…we knew a magical day was ahead of us for Sophia.  I was nervous that my emotions would get the best of me.  There are many things that I want to do with Sophie and some that stir greater emotion than others when I think that this could be our only memory doing these things with her.  A mixture of sadness and joy in the midst of our celebrations usually washes over me at some point, joy that we are making these memories with her now and sadness of what we may never get to experience with her outside of my belly.  They are bittersweet celebrations, but we continue to embrace and celebrate in the midst of all the emotions they bring.   Celebrating Sophie at the Magic Kingdom was one of those very bittersweet moments for me.   Since Kevin and I have a ministry to interns in the college program at Walt Disney World, we spend a lot of time there.   And one of the things that I have been so excited about in having a little baby is getting to watch how they experience  Disney.  As an adult I do enjoy going, but there is something about bringing kids to the parks that makes it so much more fun!  When we knew we were having a girl and found out she will most likely not live very long after birth, we both knew we wanted to make sure she met all of the Disney Princess’, but we hadn’t made any plans for that.  Fortunately some of our friends had that on their “must do” list for Sophie as well and a truly magical day unfolded.

Emily had our friend Carrie deliver a bag to us at the Magic Kingdom with a card, two shirts (one for Kevin and one for me… which also included Sophie’s shirt), and some letters that were later to spell out Sophie’s name.   Emily’s card moved me to tears and I thought ” uh oh… the tears have already started!”  She wrote: “Princess Sophia Kyla,  Happy 24th week!  This week you get to be celebrated like the princess you are both because you are the daughter of the King and because you have a fairytale of your own! We all love you so much! Love, Emily”  Her words struck me as I thought of our little princess, the daughter of the King of Kings but also that she has a fairytale of her own.  I’ll come back to that later.  The Lord was lifting my eyes to Him and the bigger story He was writing for our little girl even as we celebrated with Sophie at the  Magic Kingdom.

Kevin and I in our shirts for the day, made by Emily! “King Kevin, Queen Lindsey, and Princess Sophia Kyla” I really felt like SHE was the one wearing the tutu… I think she really liked it to because she immediately kicked me several times after putting it on!

Soon after this, a man from guest relations came and got us and said “someone special” wanted to meet us.  He took us to a special room and that’s when the rest of the magical day began to unfold, so take a journey with us on Princess Sophia’s 24week birthday celebration!

After we met the princess’ (several of whom we happen to know quite well 🙂 ) another friend, Amanda had arranged VIP seating to watch the parade.   I thought I would cry when we met the princess’, cry when we watched the parade but Kevin and I just had such joy and delight watching all these people (many of who know our story) celebrate the life of our little girl, Sophie and talk with her as if she was just sitting on my lap.  From the princess’, to dancers, to minnie mouse, donald duck,  the fairy godmother, and even the ugly stepsisters it was amazing to watch Sophia not only be acknowledged, but touched and celebrated!  The tears came as soon as the parade was over (and they’re coming now just thinking about it) but not as much out of sadness but out of joy.  I told some of my friends that this day was truly one of the sweetest memories with Sophie.  And if we never get to watch her take delight in meeting her favorite princess (which I think Emily has made it very hard for it not to be Belle… I mean her first tutu did have great “Belle” resemblance, which may or may not have been strategic on Emily’s part 🙂 ), or watching  a parade, clapping, smiling and probably crying at times at all the characters coming by, I feel like our friends and the Lord helped us make a memory at Disney with Sophie in a way that we were truly experiencing the magic of Disney WITH our daughter and we are so thankful for the many that were a part of helping us celebrate Sophie that day!

Which brings me back to Emily’s note and “a fairytale of her own”.  When we think of fairy tales, we think of something magical, “happily ever afters”, sensational stories of love and excitement, rescue and adventure and of course a beautiful soundtrack to go with it all.   And when we think of fairy tales, we often think they’re for the storybooks, they don’t come true in real life.   But I was struck by this idea when I thought of Sophia as a princess, a daughter of the King having a fairytale of her own.   Greater than the authors that write the best loves stories, the best stories of adventure, and take us back to the places of our favorite fairy tales is The Author who created love, created adventure and even created our minds to come up with fairy tales.  I wonder if  the longings and joy a  fairytale produces in our hearts really illuminate this hope that we actually were created for a happy ending, that we were created for more than what this world seems to give us.  Ecclesiastes 3:11 says  “He has made everything beautiful in its time.  Also, he has put eternity into man’s heart…”. Funny, how in the midst of the most “magical place on earth” the Lord was pointing me to Him, His Kingdom, that the joy and delight I long to see my daughter experience firsthand at Disney, she will get to experience in far greater ways in Heaven and He allowed me to taste that joy with her through a magical day at Disney.  I know that God is writing a beautiful story for our little girl, one that I don’t fully understand and one that is still being written. But I usually think of her story and how it affects my story instead of just thinking of her.  On Thursday, I just thought of her.  Her story, Her celebration, Her fairytale that God is so beautifully writing and weaving our friends and family and even strangers into the threads of.  And her story has a “happily ever after”… her happy ever after will either be soon with Jesus, where she will be in awe and wonder of all the glories of heaven and seeing Jesus face to face  (and I imagine she may be the one anticipating my arrival so she instead can watch her mom gape with wonder and delight at all the things she has already discovered), or it may be later with Jesus if God chooses to perform a miracle on her body.  Either way, our happy ever after isn’t on earth…  but for those that know Jesus, it is the day when He makes all things new, when He welcomes us into His kingdom and washes away the tears from our faces.  Where death will be no more and all that lies ahead of us will be joy.  This life is important, and it is important to God, but it is not the end… only the beginning of a story, the greatest story of all being written by the one who Created the ultimate love Story of rescue and redemption which includes for all believers the best “happily ever after” that we could ever imagine…

So,  I leave you with one of my favorite songs from one of my current favorite Disney movies “Enchanted”.   Call me crazy but sometimes I’m drawn to Jesus and eternity with music that isn’t even intending to point people to Jesus.  There is an ever ever after, there is a great love story, there is the perfect love we’ve always longed for (that most songs of romance point to the hope of, thinking it will be found when we find “the one”).  But this perfect love we long for is only found in Jesus.  He is The One that we desire our sweet Sophia to know and love more than anything else in this world and if she gets to meet Him face to face before us… He will still have written the greatest fairy tale for her life…

A Fairytale of Her Own: Princess Sophie’s Magical Day! 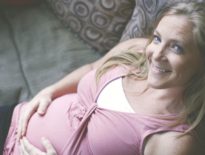 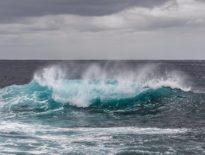 Sophie Why the Catchphrase “God Won’t Give Yo…