To Weep With Those Who Weep 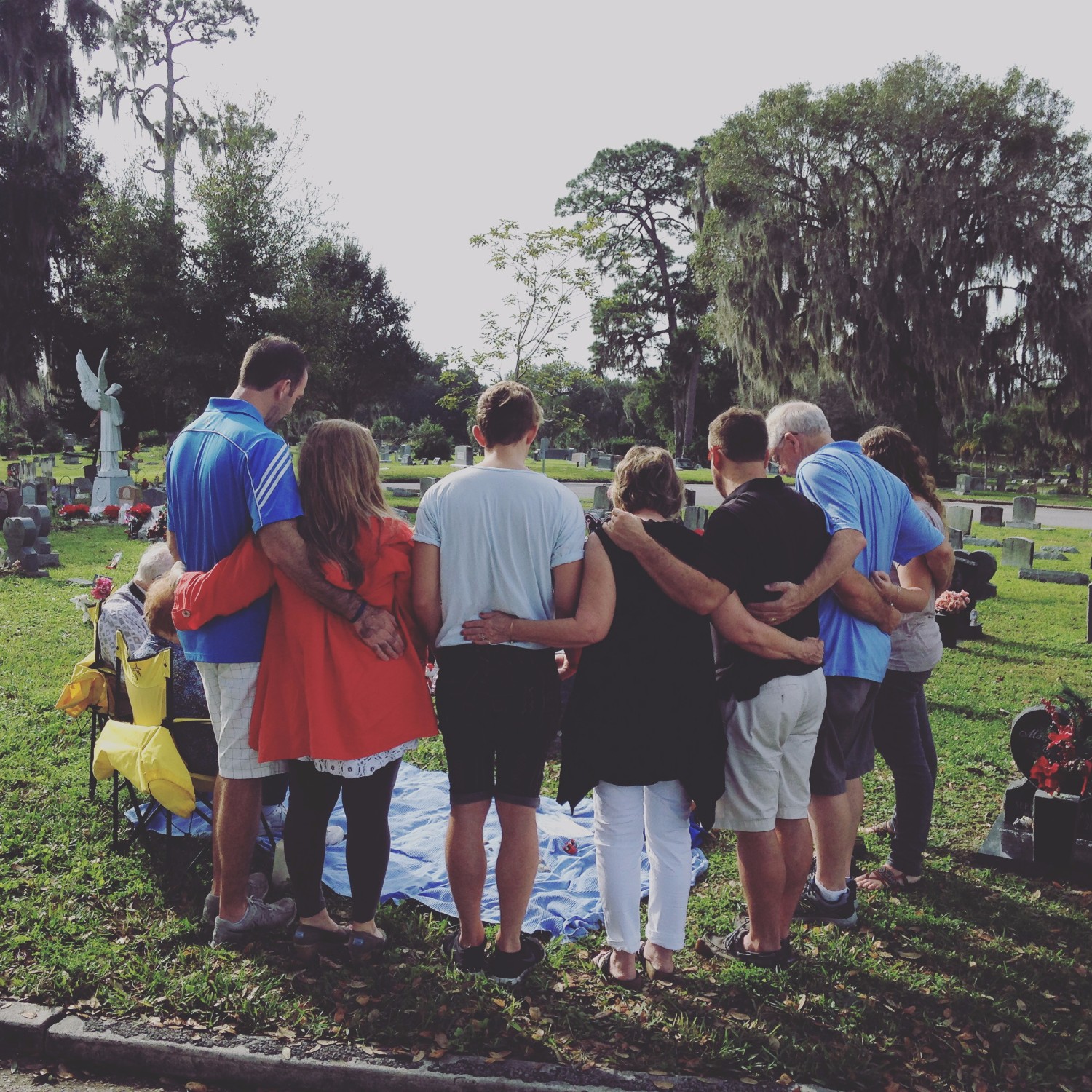 Today, I’m excited for this guest post by my brother, Luke Parrott. And while I might be a bit biased since he’s my brother, this post he wrote originally on his blog, here,  greatly opened my eyes and heart to what it looks like to suffer with those who suffer, to weep with those who weep and the privilege it is (yes privilege) to now have a greater understanding of the pain of others because of our own pain.

The One Who Weeps

There is one shared experience of the entire human race that should unite us but deeply divides us all.  It is a socio-emotional factor.  It is the common experience of pain.  Pain can be an invitation to embrace others but it is more commonly used as a way of distancing.

It wasn’t until I visited an orphanage in Guatemala, that I began to wrestle with the invitation to care for orphans in their distress.

It wasn’t until I visited Rwanda and built friendships with those who carried deep wounds from the past genocide, that I began to feel their pain and learn from their grief.

It wasn’t until I shadowed the work of dedicated field staff in poor villages of the Philippines, that I began to associate with the psychological and social wounds of those who live in desperate poverty.

It wasn’t until I lived in the city and began to listen to the stories of the panhandlers on the streets, that I began to empathize with many of their present circumstances.

It wasn’t until I entered a black church and listened to countless stories of racial profiling and police brutality, that I felt the depth of their pain and suffering.

It wasn’t until I watched my own sister and brother-in-law walk through two terminal pregnancies in the last 20 months, that I have felt the anguish of pain, suffering, and death.  I have held my only two nieces in my arms for only a few minutes each.  I have only held them both two times.  Once when they were full of life.  Once when they had passed on to death.

In this grief of my own, I have become deeply sensitized to the grief of others.  All pain and suffering is different for each human.  We cannot really know what the other is experiencing.  But our pain feels the same.  Our grief rips us both apart inside.  Our tears are the same.

I didn’t understand this until I traveled to the Middle East last January for my very first trip to Jerusalem.  Two men that I deeply respect traveled with me from Amman into Bethlehem.  For what reason I cannot recall, the story of Jesus and Lazarus came into our conversation.  We were talking about why Jesus wept when he entered the town and saw Mary.  We talked about how Jesus knows pain, has felt it deeply himself, and that he too weeps with us–just as he did with Mary.  While still in the middle of much pain and grief from my first nieces’ death, I began to picture a new way of looking at God and suffering.   I realized that he too has wept with me over the loss of my first niece—and continues to share in my grief today.

While in Bethlehem, we spent an afternoon over in Jerusalem at my request to see the Old City for the very first time.  It was a very non-conventional way of visiting the city as we were without a tour guide, without any real agenda, and without a heavy time constraint.  As we entered the Old City through the Jaffa Gate, we made our way to the Church of the Holy Sepulchre, stopping for fresh squeezed pomegranate juice along the way.  We meandered through the crowds of pilgrims and took in the scene of thousands of people from around the world standing at the place where Jesus was said to have been crucified and buried.  Then, we made our way outside the church and around the corner to come upon the Church of the Redeemer which had a narrow and tall bell tower.  We paid our way to climb this 177 step ascent in order to look over all the city.  As we came to the top, we saw a beautiful view open up before us.  To my left was the Church of the Holy Sepulchre.  To my right the Jaffa Gate and David’s Tower.  Straight ahead, I could see the Western Wall, the Dome of the Rock, and just beyond that, the Mount of Olives and the Garden of Gethsemane.

One of my friends gazed out toward the Garden of Gethsemane and began to talk about Jesus.  His eyes began to well up with tears as he spoke of how lonely a place it must have been for Jesus in that garden.  “The moment he needed his disciples the most, they were asleep.  Deep in his own anguish, there was no one there to cry with him.  He was alone.  No one cried with Jesus.”  And a few tears began to roll down his face.  He was standing in that bell tower, gazing across the city, looking into the Garden of Gethsemane, and weeping with Jesus.  In that moment, I, too, felt the pain of Jesus.

From the tower, we eventually made our way to the Garden only to reflect more upon the weeping Christ.  I began to see that not only does Jesus weep with me, but he invites me to weep with him.  Nothing could have been more powerful for me, than to see my friend weep with Jesus as he gazed from that tower into the garden.

Why am I sharing this story?  Because it keeps coming back to my mind.  I am still deep in grief.  Only 4 weeks ago did I watch my second niece pass away.  And now the pain of loss feels as though it has multiplied itself with the loss of two precious babies less than 15 months apart.

But, as I said before, I have become deeply sensitized to the grief and pain of others.  I may not know what they are going through, but I feel the very same sting.  Our pain is our commonality.  And I know that nothing is more painful than to cry out and not be heard.  To suffer and not feel one’s presence.  To weep and be left alone just as Jesus was left alone in that garden while his disciples, those nearest to him, slept.

I have now learned that when I hear pain, I choose to listen.  When I hear suffering, I want to be present.  When I observe grief, I want to partake.  Because that is what I have needed in my life during this season.  I don’t want to sleep through someone else’s suffering.  I want to be there with them.  Fully present.  Weeping as well.

I am still in this season of grief.  But because I am now learning to weep with others, I am starting to understand their pain a bit more.  I can empathize a bit more with their oppression.  I can stand with them in their suffering.

Perhaps it is this Christ like action that can expose to use all the ‘god-complexes’ we carry.  If we would recognize our shared suffering and try to come together, united in the pain as common humanity, how would that begin a process of change for us all?  It would at least give us a common ground from which to struggle together to break the chains of injustice before us.

I wonder if we can only find unity in our humanity if we are willing to weep together.  To enter one another’s pain.  I think my country and our world needs this more than ever now.  Do we have the courage and vulnerability to enter the pain of others (even if we don’t understand it), grieve together, and allow that pain to be transformed into something new—for both of us?

Latest posts by Lindsey Dennis (see all)
Category: The Grieving HeartDecember 29, 2014
Tags: communitygriefguest posthow to walk through grief with otherslamentingsadnesswhen life disappointswhere is God in suffering

Teaching Them to Hope, Birthday After Birthday.
December 29, 2014

Pregnancy After Loss, When “Normal” Isn’t Your Normal
December 29, 2014

To Weep With Those Who Weep 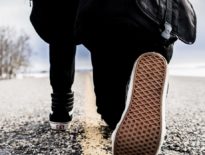 The Surrendered Way Lay It Down 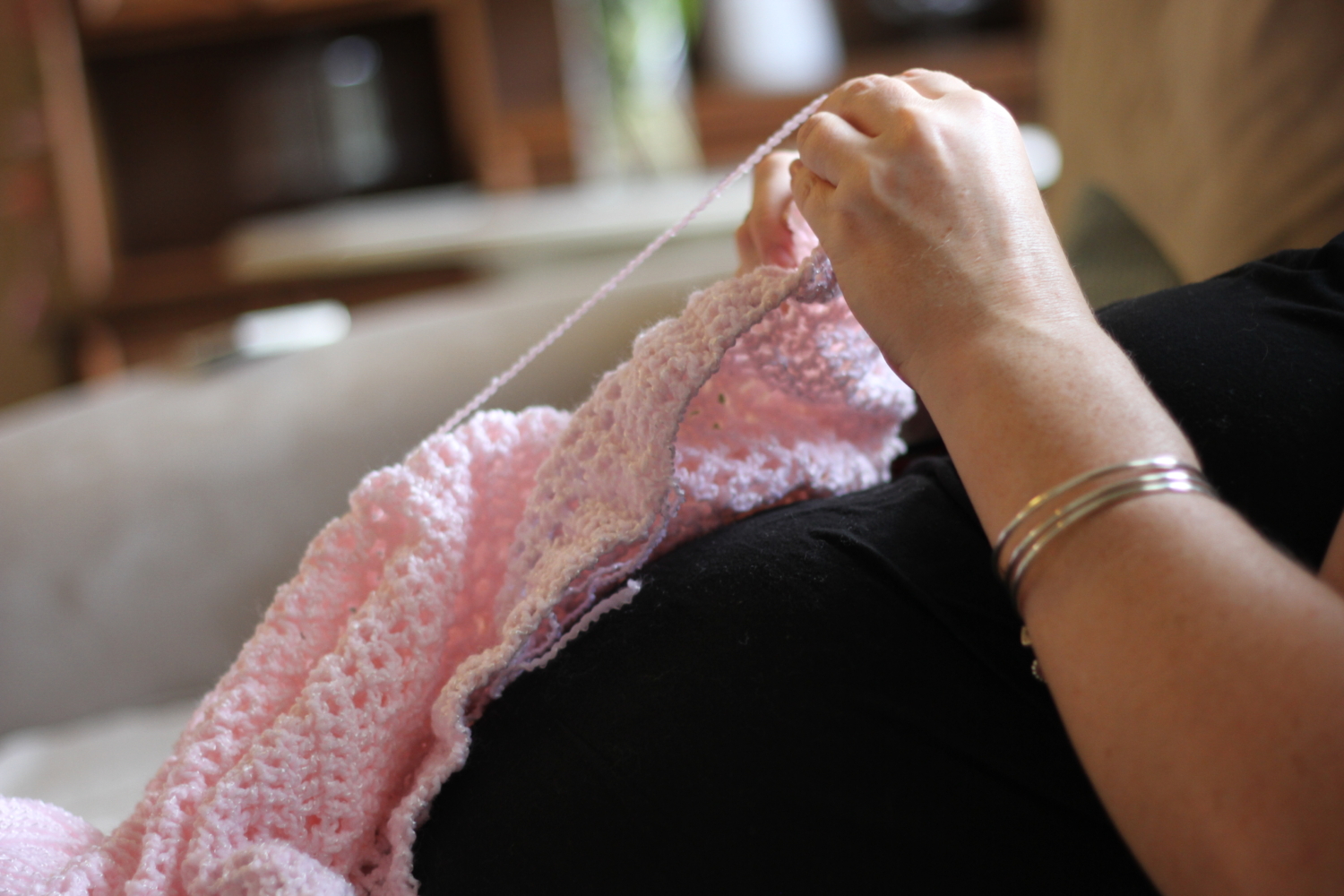 Dasah She Knitted Me