The Call to Adopt: Our Journey to Jaden, an Adoption Story – Part 1 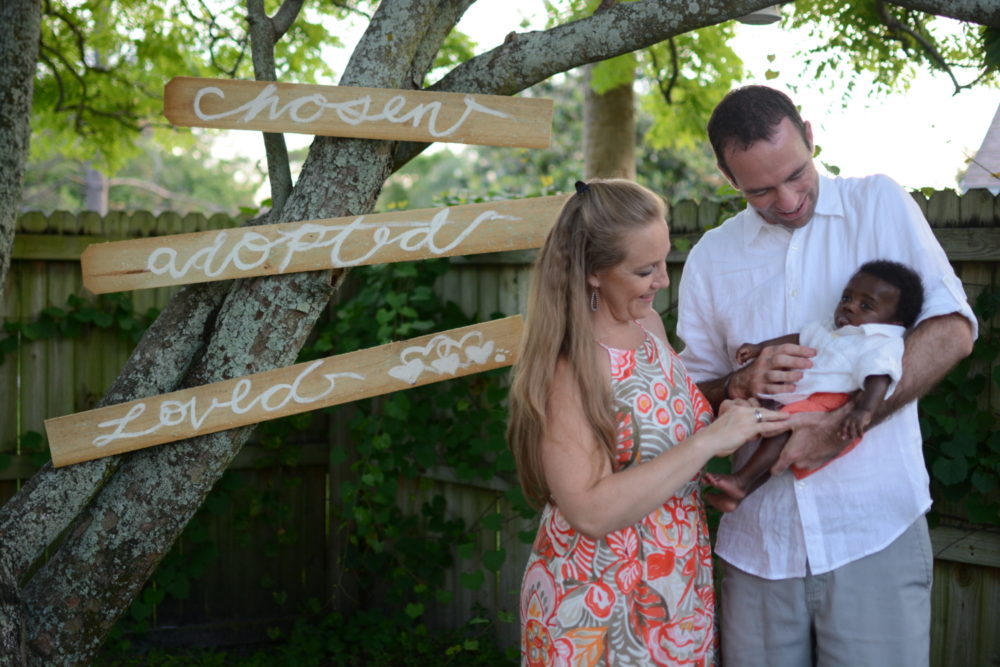 10,000 miles and over 24 hours of traveling with little sleep, I was sitting by the window on my last flight to Orlando, 20 minutes to go before I would see my husband for the first time since everything changed. As I looked out the window I could see Downtown Orlando and a moment of panic struck my heart as we seemed to be traveling the opposite direction of the airport. Could we have accidentally re-booked my flight to get home a day early to the wrong airport?  With little sleep and my heart beating a thousand miles a minute, all kinds of emotions flooding my soul, ration was not my first thought.  My ticket said Orlando, the flight monitor said Orlando, surely we’ll turn.  If we turn, maybe I’ll be able to see the hospital we celebrated 12 hours of life with our 2nd daughter Dasah.

Tears steamed down my face as the plane turned and the most brilliant sunset lit up the sky. “And time is in His hand, beginning and the end, beginning and the end”, the lyrics playing as the sun disappeared behind the horizon and there to my right I could see the hospital where Dasah was born, where we celebrated her short life, where God was glorified, where our hearts were struck down but not destroyed.

And then I saw the other hospital, the one where our 3rd child, a son was born just a couple of days earlier and chosen to be ours the day after he was born. My son, was there, in a little NICU room, awaiting our arrival right underneath me.  I could hardly comprehend what had transpired in just a few short days.  He was the reason I was flying back from Australia, where I had just spoken at a conference, a day early.  The reason my heart was in a thousand pieces of joy, fear, anticipation, and wonder.  What a sovereign moment to worship from the sky the Greatness of our God and to see the place where death and now life would invade our hearts.  This is Part 1 of the story of our Journey to Jaden.

The story began years ago, long before my husband and I even met. Both of us had the privilege of watching older men and women we loved and respected choose adoption as part of how their families would form.  It was something that was a normal part of many of the communities we were a part of.  Little did we know at the time that as we watched and knew these families, our eyes were being opened to the great need and joy of adoption and God was planting seeds that would produce fruit in our own lives many years later.

As we stepped into marriage, we both knew that we wanted adoption a part of our story and spoke of it casually as a future thought. Like many couples, we anticipated we would have a few biological children and then step into the adoption process.  And like many couples, adoption entered our story in a far different way then we thought.

After carrying to term 2 beautiful daughters, Sophie and Dasah, diagnosed with similar fatal conditions in utero, celebrating just hours of life with each and burying them 14 months a part from one another we knew that stepping into pregnancy again was not how God was leading us. Though we still have no medical reason to believe that another child born biologically would have the same conditions as our girls, God was writing adoption on our heart throughout our pregnancy with our 2nd daughter, Dasah. There was never a dramatic call, a writing in the sky, or a verse in the Bible that spoke more loudly then others.  It was simply as we walked with Jesus in our journey with Dasah that adoption began to make more and more sense.  Many times it seems as Christians we look for more dramatic “calls” before we step out in faith in one direction or another, when often God is asking us in the still small moments to just do the next thing.

We began to imagine how God may allow our daughters to be a part of bringing about our next child. As the time for Dasah’s birth drew near and we knew her life would soon end, we decided to set up a “Sophie and Dasah Sibling adoption fund” as a way that our friends and family could give a gift in honor of their lives as we stepped into another season of mourning the loss of our 2nd daughter.  With no name or face yet, we wondered what child may come into our lives because of the way that their big sisters came into our lives.  It was and is a strange tension, a strange wrestling of the ways in which death brings life.  Yet in the midst of that tension there was joy at the thought of Sophie and Dasah playing a part in their next siblings arrival.

When Death Leads to Life

Dasah was born and passed away Novemeber 13, 2015 and if I would have had it my way, my aching, empty arms so badly wanted to figure out a way to begin the adoption process right away so they could be filled.  Thousands upon thousands of dollars were given to the “Sophie and Dasah sibling adoption fund” and our hearts were filled with wonder at God’s provision, the generosity of so many, and the ways in which the lives of our girls would be a part of their next siblings life.  Yet, Kevin and I both knew, that before we could move forward with adoption, we needed to step into grief and mourn the loss of our daughter, Dasah.  Another child would not fix the ache of these empty arms and in those months following Dasah’s death my heart simply longed for her and her alone.

And so we waited and I stepped into an intense season of mourning.  Throughout the months following Dasah’s death, God began to open my eyes to the places in my heart that He needed to speak into to both bring healing and preparation for how our family would continue to grow.  There was a laying down of so many things, but one of the biggest was the dream of having another child that looked like me.  A question that was posed in a book I had read stung my heart deeply; “Had God called us to be parents, or to have biological children?”  The two are not one and the same.  We knew God had called us to parent children, and we knew we had to let Him decide who those children would continue to be.

Would I lay down the “how” of getting to experience parenthood and let God decide the “how”?   Would I lay my expectations, and yes even disappointment of how our journey to parenthood had unfolded and allow Him to open my heart to a new unfolding, one that would be different, but one that would bring Him great glory and still produce great joy?  In the laying down of my dreams, expectations, and disappointments God began to form and shape my heart to a fresh joy and longing for another child. And in the releasing of my pain to the Lord, He began to create new space in my heart to love another child, one born not of my womb but the womb of another.  And as my heart grew for this child, it grew for the one who would carry this child.  And though our circumstances would be different, I knew what it was like to carry a child who I would not be able to parent.  It was a grief and ache that was not lost on me, giving way to a love for the one who would carry that grief.

The Brokenness and Redemption in Adoption

Our calling was not so much a distinct calling to adopt but a growing awareness and conviction that adoption is a part of who we are as children of God, a part of God’s kingdom work to draw people to Himself, adopted as sons and daughters.  It is both the beautiful and broken way of the gospel.  Adoption was never how we were supposed to enter God’s kingdom, and earthly adoption is never how children were supposed to experience life, and babies weren’t supposed to die, and men and women weren’t supposed to experience infertility, and mothers weren’t supposed to not parent the child born of their womb, and living in this broken world was not how we were intended to live.  BUT GOD created a way for the broken, allowing for the things that are  “not supposed to be” to create glimpses of the full redemption that is to come.

If this is the way for eternity how much more must this mean that a picture of this eternal story is played out through the redemptive means God has provided for his children in a very physical and tangible way through earthly adoption. As we studied the parallels between earthly adoption and our heavenly one we became even more convinced that as believers we are to be a part of adoption in our world. It is not a call but what we are created for as believers.

Some will give financially, some will give of their time physically and emotionally to care for the adoptive parents and their children, some will wear out their knees in prayer for the children in our world.  Some will step into the lives of the mothers and fathers who have created an adoption plan for their child to bring hope and healing and some will step into the lives of those mothers and fathers in such a sacrificial way that they won’t have to create an adoption plan.  There are so many ways for believers to be a part of all the broken and beautiful aspects that surround adoption.  And there are and will be many like us who will be led to step into the adoption of a child born of the womb of a courageous mother who has chosen life for their child.

These were all the things stirring in my heart as we began the adoption process. And oh how I pray that Christ’s beauty in the brokenness will be on display as I continue to share our Journey to Jaden.

Next week I’ll share Part 2 of our Journey To Jaden.  I’ll share about beginning the process, things like choosing an agency, the home study and navigating all those adoption details.  God was even using the details of going through the adoption process to lead, direct and bring hope and healing to our hearts and I look forward to letting you into that!

When You’re a New Mom, but Not a New Mom: Motherhood after Infant Loss
November 3, 2016

When Everything Changed
November 3, 2016

The Call to Adopt: Our Journey to Jaden, an Adoption Story – Part 1 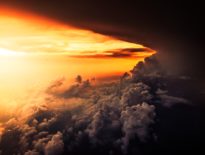 Devotionals Morning Meditations: The One Voice That Matters in… 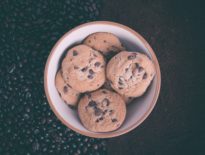